Camille Hemmer is a highly experienced and accomplished Family Lawyer. She has practiced in the greater Sacramento area since 1984 both as a sole practitioner and as a partner in law firms specializing in family law, Isenberg, Moulds & Hemmer, 1984-1986 and Dick, Hemmer & Wagner, 1992-2004.

As a Certified Family Law Specialist and a Fellow of the American Academy of Matrimonial Lawyers, Northern California Chapter, Ms. Hemmer has been selected as one of the Best Lawyers in America for every year from 1995 to present. She has been designated as a Northern California Super Lawyer from 2004 to the present, and she is AV rated by Martindale-Hubbell. AV rated by Martindale-Hubbell, is a peer review rating which denotes the highest legal skills and ethical standards.

Camille is a trained mediator and is trained in collaborative practice. She encourages amicable divorce looks. Ms. Hemmer attended Indiana University and received her Bachelor of Arts degree in Government from California State University in Sacramento. She received her Juris Doctor from McGeorge School of Law.

The family law system is a complicated one and Ms. Hemmer has the skills and experience to guide clients through the system in the best way for the individual client and his or her circumstances. For some folks, negotiation and mediation are viable options. In other situations, litigation may be required. In every case, the goal is to work with the client to achieve reasonable outcomes and a safe passage through the system. In all situations, Ms. Hemmer will be a well-prepared and attentive advocate. 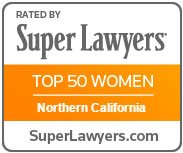